The Blackhawks made six trades in total, four of them on deadline day. Here's a recap of it all: Toronto Maple Leafs

The National Hockey League had 10 games scheduled on Tuesday, with the one game between the Vancouver Canucks and Winnipeg Jets postponed due to COVID-19 concerns for the Canucks. Still, we had a total of nine games on the ice, and the fans continue to dot NHL arenas from coast to coast. It isn't often you get to say this, but the Carolina Hurricanes led the NHL in attendance with 4,987 paid spectators at PNC Arena for their showdown with the Florida Panthers. We had over 20,000 fans attend NHL games on Tuesday, something I continue to track closely. The players love the energy the fans bring, even if it is just a smattering. It's better than plastic seats and cardboard cutouts. Let’s get started!

Here’s the deal: The Capitals probably won’t be trading anyone else away after dealing Jonas Siegenthaler to the Devils on Sunday. The 23-year-old had no points in seven games this season. He spent most of the year as a healthy scratch and will likely get more of an opportunity to play on a regular basis on a thinner Devils blue line. The Caps are more likely to send a draft pick away in a trade on Monday. Ottawa Senators

At his first morning skate on Tuesday -- Washington hosts the Philadelphia Flyers on Tuesday night -- he skated as a left winger with T.J. Oshie on the right and Nicklas Backstrom as the center. It’s certainly the most skill he’ll have ever skated with in his hockey career, which leads Washington to believe he can excel on the scoresheet with more talented linemates.  Minnesota Wild

The Islanders fell to 21-3-3 in back-ends of back-to-back games, still the best record of any NHL team in back-ends over the past three seasons. 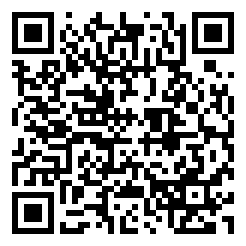